A series of events led to me being able to take a day off work yesterday.

I decided to spend it going to a mango farm about an hour out of Nairobi to scope out its commercial potential.

A couple of months ago I climbed Elephant Hill (which is where the plane wreck was).

In the group was a guy called Githinji who, as we were chit-chatting, revealed he owned land and grew mangoes. Needless to say I took his number after the hike.

Githinji’s family grew up in an area near Nyeri and once his father passed, he came to own a 3.5 acre plot in a village near where they stayed.

He now does various hustles: driving; interior design; property development, and on occasion goes back to the village in Makuyu. He lives in Kikuyu (a town just out of Nairobi), his wife works in the city and he has a 4 month old daughter.

On Friday morning Githinji picked me and we drove for an hour and half to Makuyu.

On the way we passed the Del Monte farm which is a huge expanse of land where a ridiculous number of pineapples etc. are grown before being processed into various forms and then put in tins, bottles and tetra paks to be sent around the country.

The highway from Nairobi went from three to two to one lane before we turned left onto a dirt road.

We were soon “proper rural” and after parking up we set foot into the plot where the mangoes were.

The lay of the land

In that space was ~50 mango trees that were fairly dotted about the place. 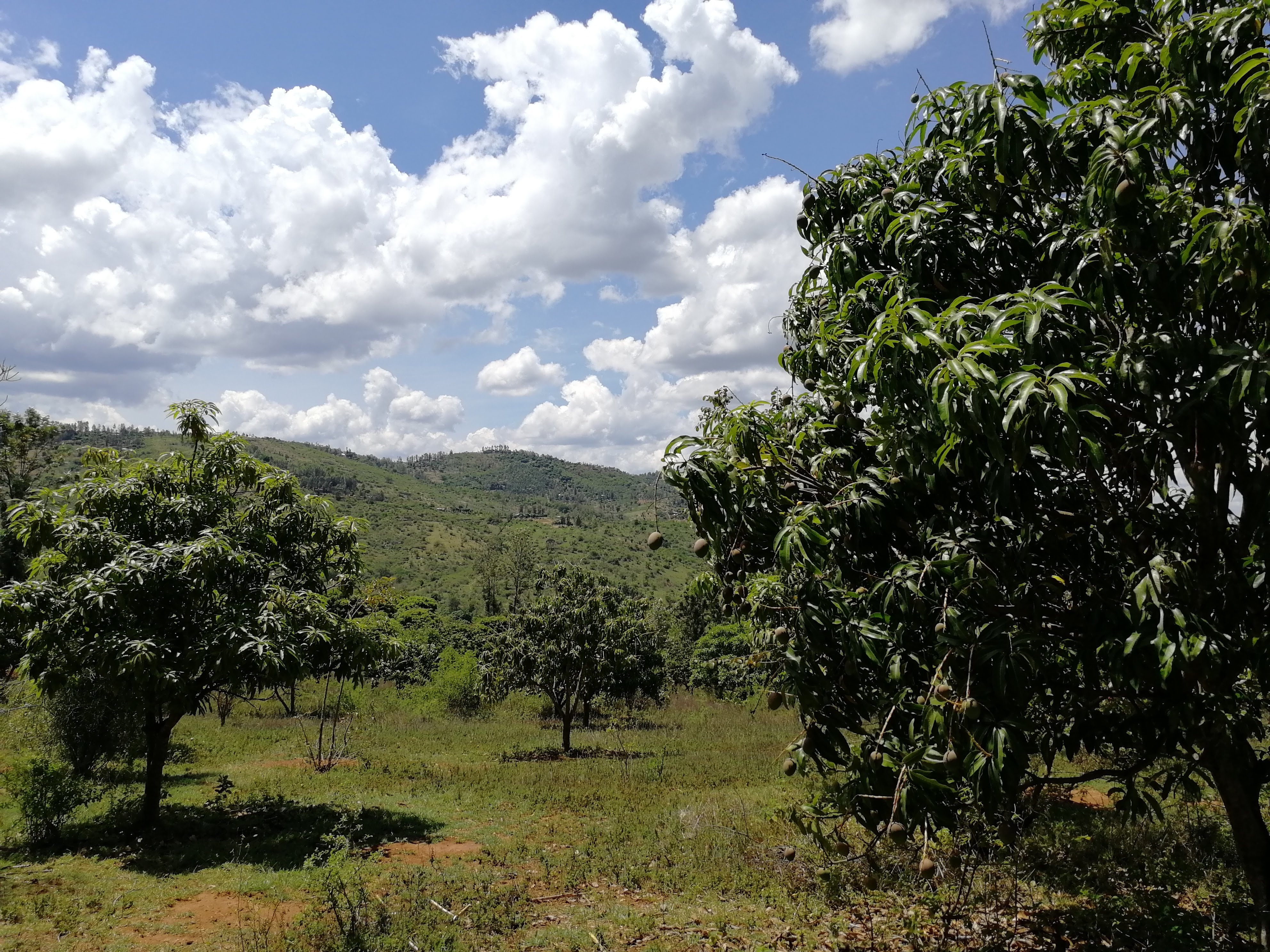 There are several varieties of mango grown in Kenya, and in Githinji’s plot were three of the main ones which vary in size, colour and taste.

We are approaching mango season in Kenya, however for some reason the ones this year aren’t growing as flush as they should be. The mangoes should be growing for another 6-8 weeks before being harvested over new year.

I was upfront with Githinji that I’d be interested in helping out commercially on the set up he has.

There’s quite a lot of bang for buck in terms of a tree’s yield, and he reckoned that in a typical season he might get 3,000 mangoes harvested. 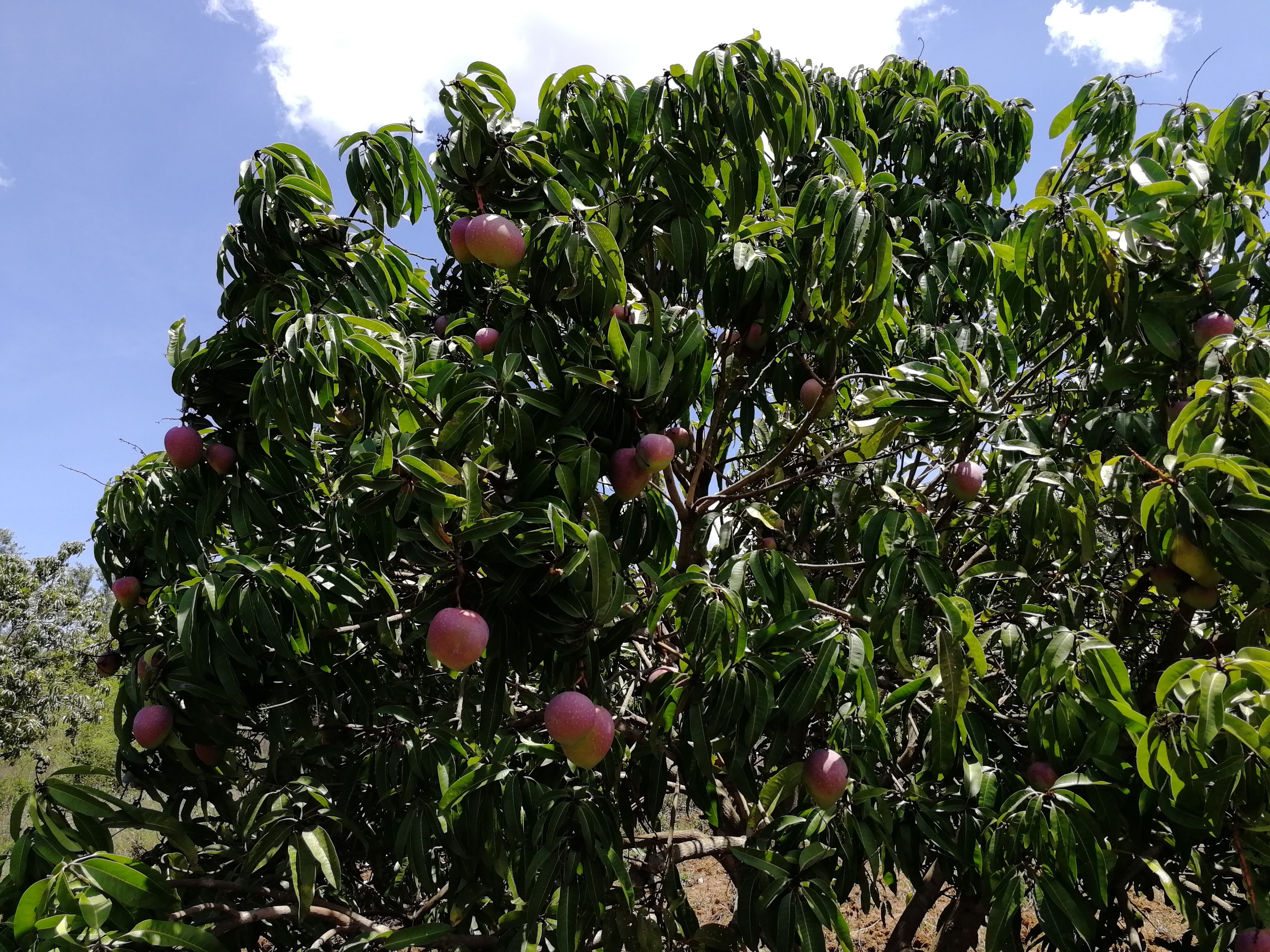 The land he’s on is only really at half capacity. With a bit of work, the gaps in between could be ploughed and more trees planted, or indeed another crop, such as beans and maize (which is what his neighbour does).

Over lunch on the way home we discussed how an arrangement could be come to whereby I’d invest in increasing the capacity of the farm, but also bulk buy mangoes when the season came.

Side note: I’ve got a bit of a thing for making food products out of mangoes. Mango salsa is a solid go to when heading to a BBQ, and I’m currently refining a recipe for mango hot sauce.

Next door with Lentils

We then went and saw the lady who lived next to the plot of land, one of Githinji’s father’s good friends. 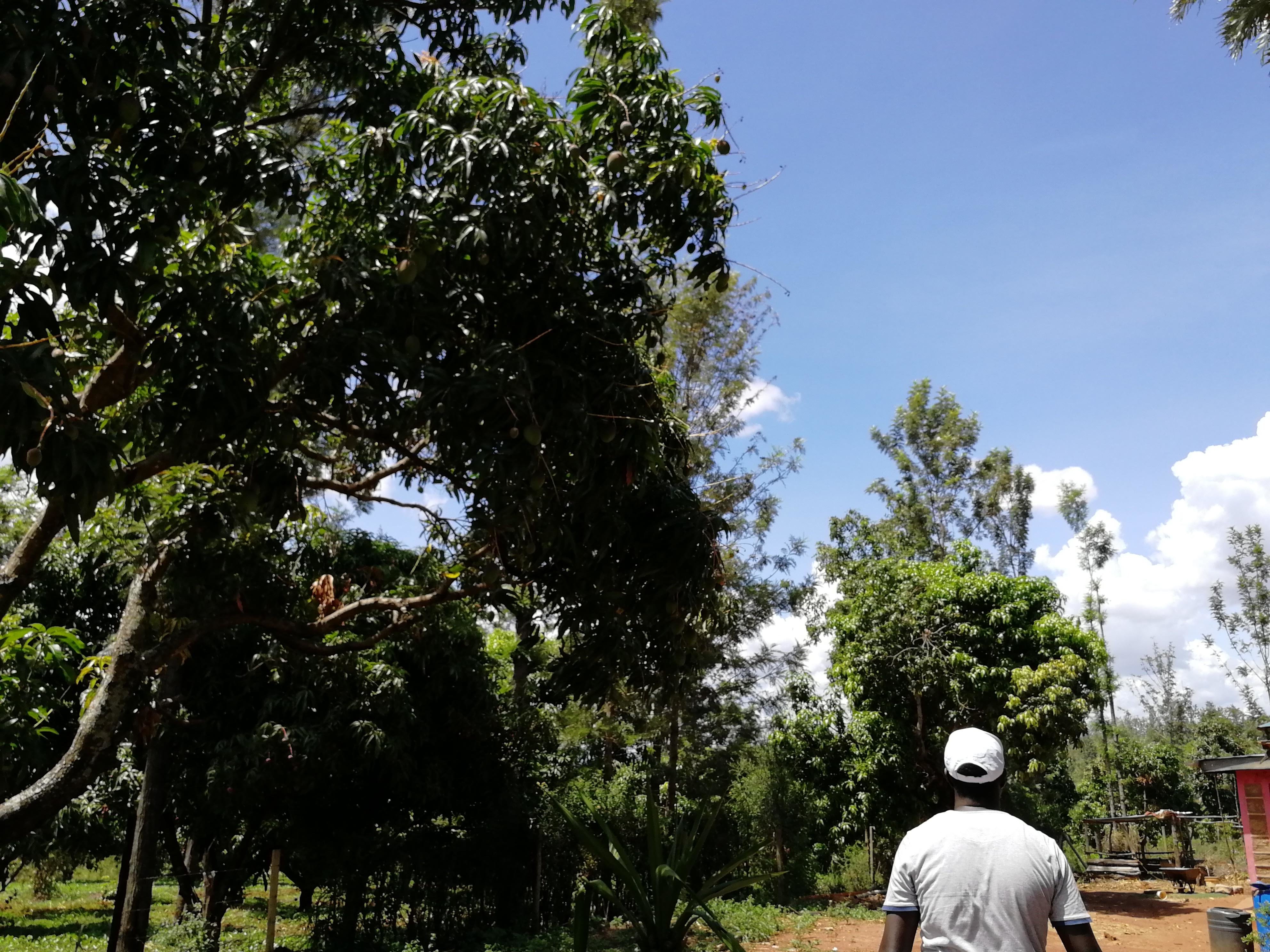 She barely speaks Swahili, let alone English, but her face lit up when Githinji came around and she pulled up a chair for us both to sit outside.

We had a sort of three way conversation and Teresia told us that her daughter was getting married. She went inside to get an invitation for Githinji to give to his Mum, and when it was passed to me, I saw that her name was Teresia Kamande.

Now, one of my really good friends in Kenya has the surname Kamande (he is the one who got married). There’s a running joke in his wife’s family that she is now going by his surname, which means that she has become Mrs Lentils. Her little sister even made her a bracelet to remind her of the fact.

Anyway, all this meant we had a slightly strange situation of, despite only having frantically learning how to say “How are you?” in Kikuyu, I was able to sort of talk to Teresia about the meaning of her name.

Githinji and I are now chatting.

I’m hoping that I’ll have more time soon to devote to mangoes, and in any case, would like to go through the motions of investing some capital in improving agriculture in the country. 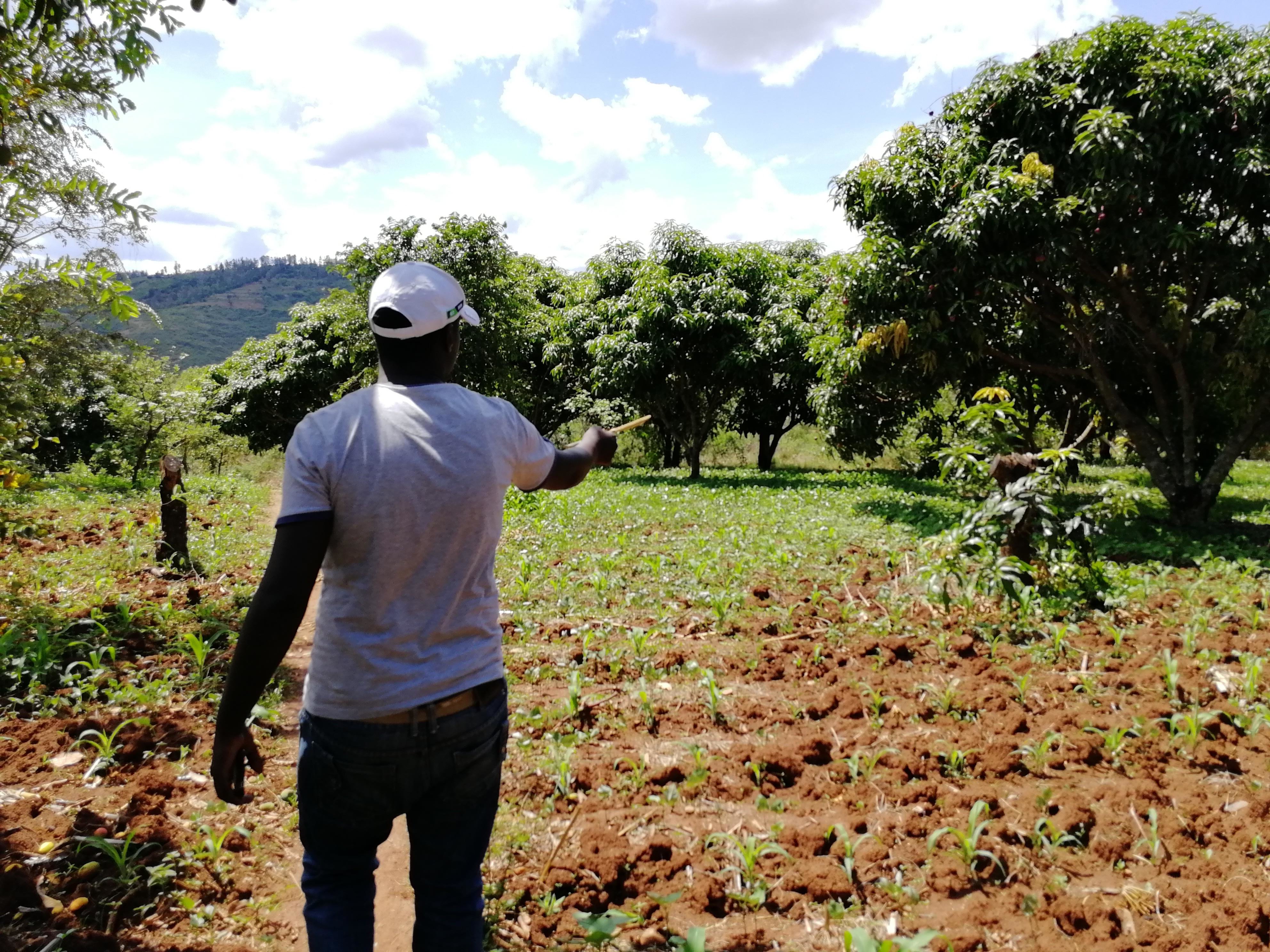 With time, if the mango salsa/ hot sauce ideas come anywhere to some sort of fruition, then I know which place I’m heading to source my supply…